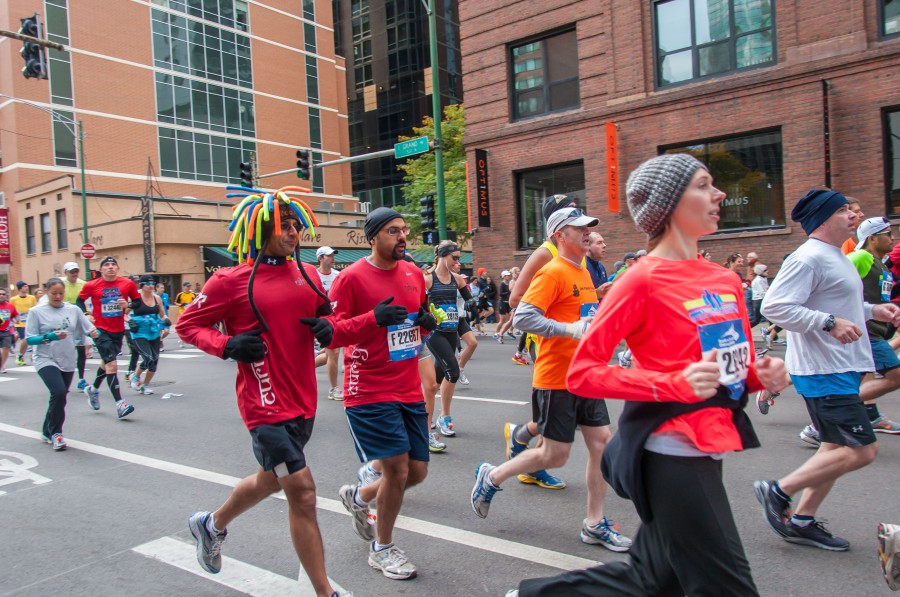 A couple weeks ago in lieu of a sermon I gave what I called a “family discussion.” The church that I pastor (Hope) is very closely connected to our planting church (Wallen) and, based on conversations and meetings I felt like the substance of that discussion would be helpful to both congregations as well as many—possibly most—churches, so I am repackaging it in blog form.

The content of the that morning was built on two particular problems:

Statistically, the experts suggest that church plants are most effective at being outwardly missional within their first 3 to 5 years. After that time frame most plants become more inward focused and start dedicating more time and effort to supporting their internal programs and needs and lose sight of a gospel spreading mission that had been its primary motivation.

*this is directly a concern for Hope being close to 3 years old, but the same problem can definitely be present in more established churches*

This has been no secret at Hope (or at Wallen). Our church(es) have been in a state of limbo for quite a while concerning our future plans. We have thought, planned, consulted, discussed, and pursued many different options for the last year and a half and to this point have no clear answer concerning our future decisions.

It has been the most prayerful non-decision I have ever been a part of.

There have been many times that it appeared we had something more concrete lined up, the possibility was prayed over and considered and then it fell apart at the last minute for a variety of reasons. That process has been on rinse and repeat for months and at a personal level and—I’m guessing—at a congregational level, the temptation to become stagnant in our ministry is ever present.

If we don’t know what things are going to look like 10, or even 2 years from now maybe we should just wait until everything is clearer to exert any more effort.

The constant struggle of an uncertain church.

This brings us to the corner of eudaimonia and arête—because a normal title would be too understandable.

In ancient Greek thought the concept of eudaimonia is a regular topic of discussion—eudaimonia is to ancient Greeks what free will vs. God’s sovereignty is to modern American Evangelicals. It roughly translates to “happiness” but a more literal translation would be “human flourishing” or “the best ultimate end” or even “well-being that transcends physical condition.” There are lots of different schools of thought but one of the primary thinkers on the subject of eudaimonia is Aristotle who argued that you cannot separate the idea of human flourishing from human virtue (arête). The discussion of human flourishing is empty without the corresponding discussion on personal responsibility and virtue to bring about that flourishing.

Personal responsibility, in the Aristotelian sense, is always understood through lived behavior. It is the right internal ordering of self that is evident through the right external actions, or lived virtue. The focus is on character building; instead of a top down system that results in human flourishing, each individual has personal responsibility to be virtuous and flourishing is the result.

You live your virtuous life between the extreme vices of too much and too little in the perfect middle ground and watch the world flourish around you.

It is an interesting thought, one that is even built into the American DNA—“life, liberty, and the pursuit of happiness” written by Thomas Jefferson in the Declaration of Independence is using “happiness” in line with eudaimonia. But ultimately, while the terminology is interesting, Aristotle comes up short on his understanding of human flourshing.

In I Corinthians 2 Paul says,

And I, when I came to you, brothers, did not come proclaiming to you the testimony of God with lofty speech or wisdom. 2 For I decided to know nothing among you except Jesus Christ and him crucified. 3 And I was with you in weakness and in fear and much trembling,4 and my speech and my message were not in plausible words of wisdom, but in demonstration of the Spirit and of power, 5 so that your faith might not rest in the wisdom of men but in the power of God.

Now Paul, coincidently, likely has the Greek thinkers in mind when he writes about “lofty speech and wisdom.” His claim is qualitatively different than theirs. For Paul, human flourishing is not built on his rhetorical skill or some developed personal character but on “Christ and him crucified.” Through that lens we find true eudaimonia: flourishing that is not dependent on your current senses, not worried about weakness, trembling, or suffering; what could certainly be described as “the best possible end” of resting in the power of God.

The answer is a paradox: to bring about human flourishing you need to pursue God with a singular focus.

The prescription from Hebrews 12:1-2—run the race with endurance—and II Timothy 2:4—a good soldier not getting entangled in civilian pursuits—is to not get caught up in the things of this world but to pursue God with nothing holding you back. RUN THE RACE.

I used to live in Chicago and the Chicago marathon went right down my street. Every year in early October 45,000 “runners” would roll down the street outside my window like the herd of wildebeests in the gorge in Lion King. I put the word runners in air quotes because after the first cluster of people who are taking it seriously there is wave after wave of people who clearly have no intention of finishing the race.

I saw a guy running in a pancake costume, multiple lego people, and even a pirate with a live parrot on his shoulder. Call me crazy but the guy with the parrot and the pleather boots he bought at Party City probably isn’t trying to finish out the 26.2 miles.

Many Christians pursue Christ in the same way costumed marathon runners pursue their running career: for enjoyment with no serious intention of running well.

To bring this all together: all you Christians and Churches out there that may be losing enthusiasm or are in an uncertain place with your future, TAKE OFF YOUR SILLY COSTUME AND RUN THE RACE.

Run with a singular focus. Don’t get caught up in the foolish things that the world offers and don’t become stagnant while waiting for a clearer picture of the future. There is a world in desperate need of flourishing, a gospel message that can bring that flourishing, and you have a responsibility to take that message and proclaim as often as you can without hindrance.

As we continue to pray and wait for God to open a door—as we continue to pursue door after door that we find to be dead bolted, boarded up, and sealed—in the “downtime” of living God’s clear guidance to wait, we have work to do.

In the lack of the specific answer of what our next step is in our future plans we have a crystal-clear gospel answer to what our behavior should emulate in waiting: the proclamation of Christ and him crucified.

God has given you opportunities to serve him and his kingdom, he has not given us knowledge of his future leading. So, while we wait, get to work church. Find great joy in the spreading of human flourishing in biblical terms. In our uncertainty, we live at the corner of eudaimonia and arête with great responsibility for the flourishing of humanity through the work of our Savior.

Continue in prayerful consideration, discussion, deliberation, and humility; and in the meantime, find in your hands the great call and responsibility to know nothing but Christ and him crucified.